A Guide to the Types of Alcoholic Beverages

Simply put, we are all aware of how widely used alcohol is, and the majority of us have experienced its amazing effects. Yet so few of us are aware of the various sorts of alcohol. The most popular types of alcohol are in the following categories.

Beer is probably the most understandable of all alcoholic beverages because we all regularly encounter it. Beer is essentially a fermented grain juice with an alcohol by volume (ABV) of 3 to 8 percent. Beer can be made from any fermented cereal grain, but it is often made from wheat or barley. Additionally, additional spices (often hops) are frequently added to beer’s flavor in order to impart particular flavors.

Red wine, white wine, rose wine, sparkling wine, and fortified wines are the five main types of wine. The variety of grapes used and the method of creating wine determine most of the differences between them.

Vodka is a transparent, flavorless liquor that can be created from anything but is typically made from grains. Even potatoes, strawberries, and corn can be utilized to manufacture vodka.

In essence, gin is just flavored (but unsweetened) vodka. Gin has a clear appearance and is flavored with a variety of herbs and spices. The juniper berry is a key component in gin. Gin must be flavored with juniper berries in order to be considered gin. 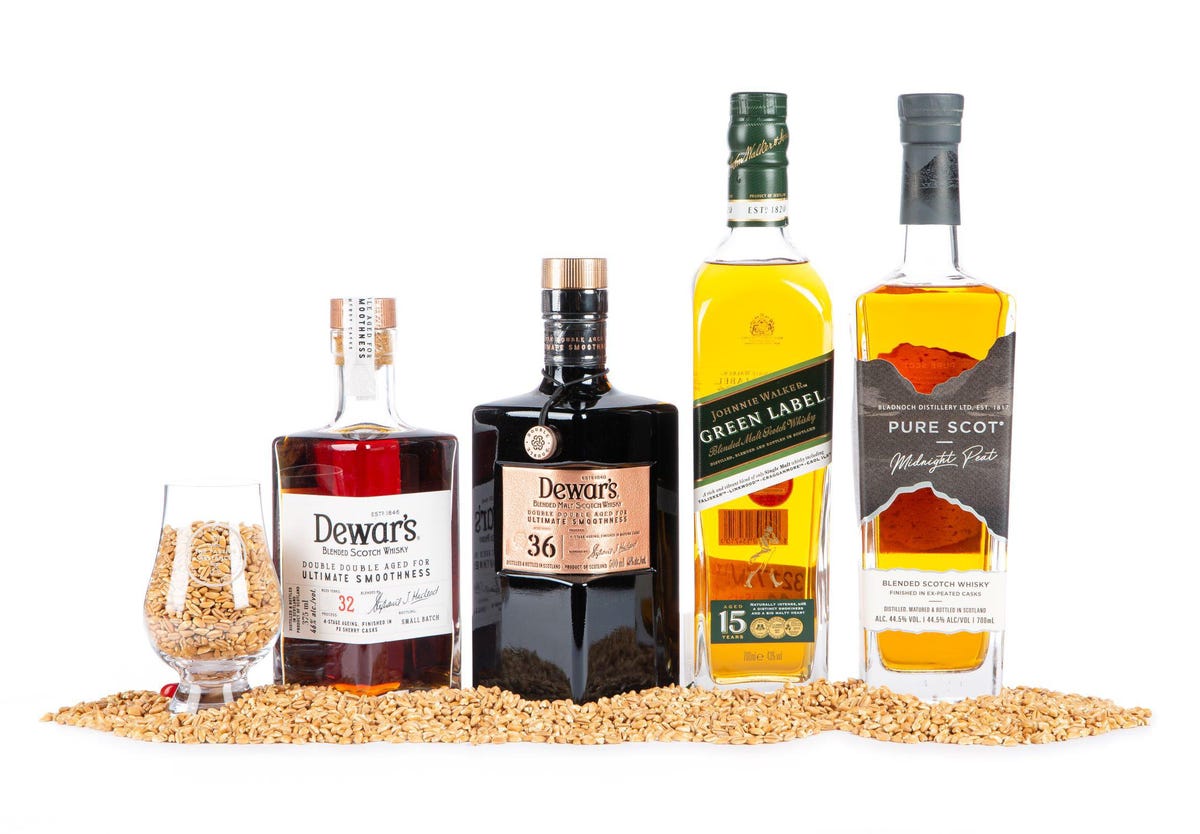 Whisky is one of the most intimidating alcoholic beverages. Where the spirit is distilled affects everything, including how it is spelled. Whisky must be distilled from fermented grain juice and, depending on where it’s from, must adhere to certain regulatory criteria in order to be called blended scotch whisky.

While sugar cane can be used to distill rum, molasses is typically used in its production (a thick dark brown juice obtained from raw sugar). Since rum is largely produced in the Caribbean, its legal requirements are not nearly as stringent as those for whisky. Rum is frequently aged in wooden barrels.

In recent years, tequila has quickly taken the lead as the most popular alcoholic beverage. Tequila has improved significantly in quality since it was once thought of as a cheap spirit that was only good for shots.

A distilled fermented fruit juice is brandy. Brandy can technically be made by fermenting any fruit, although most often, fermented grapes are utilized. As a result, one way to think of brandy is as distilled wine. Typically, brandy is consumed neat out of specialized, circular glasses known as “snifters.”

How to use skinny syrups in your meal?

Top Japanese Dishes You Need to Try on Your Next Trip

Rich Quality and Amazing Range of Wines in...

Organize Your Home Bar With These Tips

Tips For Ordering Your Favourite Drink at France

The Unique Taste of Australian Gin that Makes...

How to Purchase Tasty Wine at Affordable Costs?

Whiskey may be used in so many different...

Know The Ins And Outs Of Craft Beer...